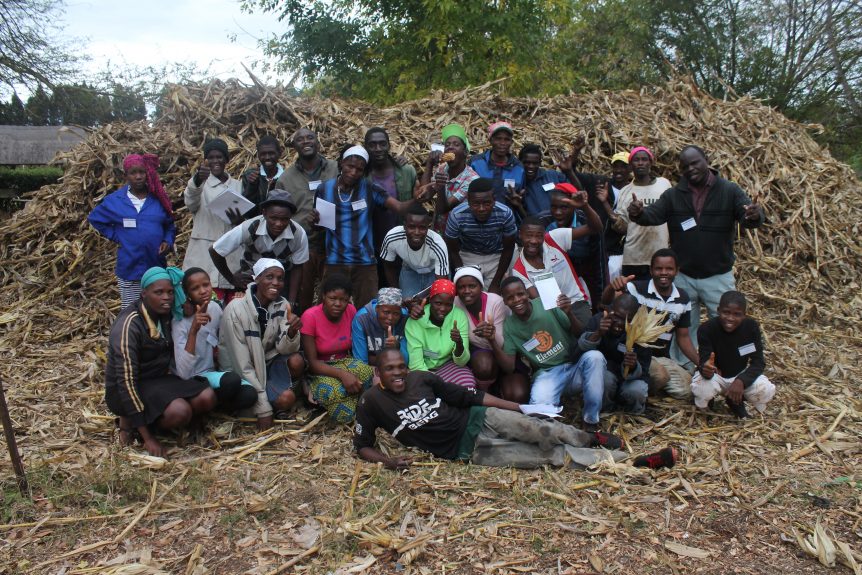 The San people, from our last training, have a particularly unique history:

The San people are a tribe of Africans who have lived nomadically within Southern Africa for many decades. With a population of around 2,500 in Zimbabwe, our group is located in the area of Tsholotsho close to the border of Botswana. Originally hunters and gatherers, this community has been faced with varying challenges in maintaining their livelihoods and integrating into the surrounding communities. For most, this training was a time filled with completely new experiences. It was the first time they had left their community; the first time they had traveled on a bus and the first time they had visited the capital city, Harare. They arrived with the clothes on their back and were welcomed by our hospitality staff with warm beds and new attire.

After the two week training, individuals in the group testified to the love and mercy they had experienced here at Foundations. One man said, “You treat us the same.” A truly powerful statement coming from one of Zimbabwe’s most marginalized communities. As all but one were illiterate, the group most benefited from the basic farming technology performed during the practicals. Although their concentration was limited, as many had never sat in a classroom before, they managed to glean valuable knowledge from the hands on activities in the gardens and fields. Our basic training “Eating the Elephant” and our Sweet Potato demonstrations were definitely a hit.

One trainee thanked the team by saying that they were “Going back more beautiful” from their stay in Harare. Another emphasized the importance of unity, a trait he had learned in the leadership segment. Many were baptised.

In a predominantly oral culture, we trust that God will continue to write His law on their hearts and that their consciences would testify continually to the Creator who has made heaven and earth.